All the latest news from Families Outside. 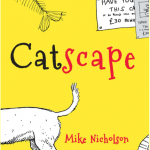 Families Outside are really excited to be partnering with Scottish author Mike Nicholson who wrote our ‘My Diary‘ booklet, to share the exciting resource and activity for his prize-winning novel ‘Catscape’ with children affected by imprisonment. Sharing his love of reading and literacy learning Mike Nicholson partnered with Lasswade Primary School to read his book in […] 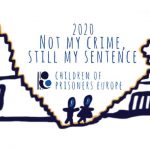 The Competition has closed. Thank you to everyone who took part and a huge well done to the winners. Since 2010, throughout the month of June, COPE runs an annual pan-European campaign entitled “Not my crime, still my sentence”. This year’s campaign to raise awareness of children with an imprisoned parent builds on COPE’s previous […]

Pupils suffer in silence when a parent goes to prison

Pupils suffer in silence when a parent goes to prison Often a school won’t know when one of its pupils loses a parent to prison – but schools can actually play a major role by engaging that parent in their child’s education, writes Gordon Cairns (the image and article are care of TES). As a […]

Guidance and Resources for Schools in Supporting Children Impacted by Imprisonment